Blocked drains can cause a major inconvenience for homeowners and building managers. If there are blocked drains, water drains slowly from the showers and sinks. When flushing the toilet, water may rise and overflow into the gully. A skilled plumber can diagnose and correct blocked drains. Your drains can become blocked by several factors.

Fats and grease are often a problem when washing dishes. The grease sticks to the pipes and does not drain down with the water. Blockages can occur when grease builds up over time. You can avoid this problem by making sure you don't pour grease down your sink. Instead, let the grease cool to solidify before you scrape it and dispose of it in the trash. 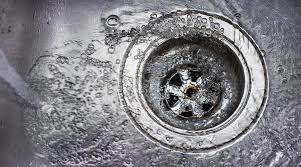 Leaves can fall from the trees during autumn and build up in pipes, causing blocked drains. You must dispose of all leaves properly and remove them from your property. Blocked drains can also be caused by the roots of trees. Roots are attracted to moisture so they will reach the pipes carrying the water. To get to the water, they will crack the pipes. The roots can block drains and cause them to become blocked.

Water is drained from pipes and air rushes in from the vents to replace it. The pipes will drain water and other waste as long as there is sufficient air. A lack of air will cause the water to build up and block the pipes. It is important to ensure that there are no obstructions on the roof vent.