The Telebeam system is a revolutionary new way to organize the transformation of a truss roof (or hanging beam roof) into useful space. This method of changing the attic will not only give you one or more additional rooms but also add value to your home. You can visit this link https://heydenframeandtruss.com.au/timber-roof-trusses/ to add timber roof trusses at your home.

The traditional method of retrofitting the roof girders involves replacing the "W" section of the frame with steel girders which are usually installed between the load-bearing gable walls. New vertical wooden supports and floor beams were then removed from these steel beams to secure the existing roof before the internal frame was removed. 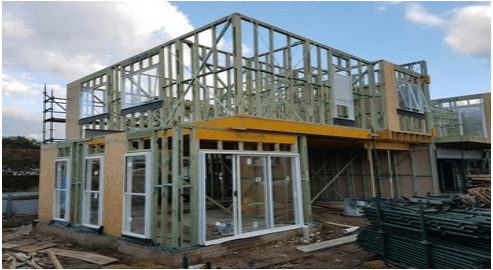 After installing the additional support, the "W" part of the roof frame was almost completely removed. The roof truss above is usually kept very short because it has to support the new horizontal ceiling beams which form the new flat ceiling plane as well as the controlling insulation material.

By fixing a long steel beam on a roof that is already "full" with weight-bearing frames is the hardest part. Either part of either end of the pediment is temporarily removed to allow the steel to be inserted lengthwise, or the tile section is removed and the steel girder is placed in sections and then fastened in place.

The Telebeam system eliminates the need to place significant structural steel beams by maintaining structural triangulation, the roof, rather than between structural walls. With Telebeam, only the lowest three rows of tiles have to be temporarily removed.